IT’S HERE! I don’t know ’bout the rest of you, but I have been hearing all sorts of things on Twitter about this… I have been gazing at all the pictures Melody has been posting related to her story. I’m talking pictures of dreamy guys.

AND NOW SACHAEL DREAMS GOES OUT INTO THE WORLD! 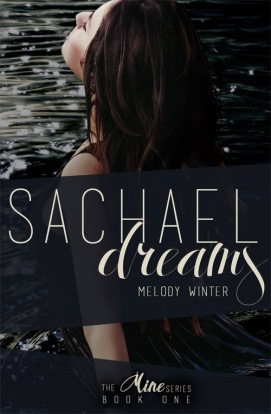 Twenty-two-year-old Estelle Bailey has had enough of busy city-life and her hot-tempered ex. She escapes to the seclusion and peace of her family’s clifftop home in Ravenscar, where the soothing solitude whispers to her soul as strongly as the sea itself does. But her newfound contentment is interrupted when a mysterious man—a Sachael, master of seduction—joins her midnight swim unexpectedly.

Estelle struggles against his charm and the overpowering attraction she feels for him. He offers her a life she never could have imagined, a life beneath the waves . . . but at what cost? Before she can decide, she’s captured, ensnared by the Sect, a secret enemy of the Sachaels, becoming a pawn in a war she knew nothing about.

Now, she’s left with a new choice—escape the clutches of the Sect and flee into the ocean, or side with her alluring, intimidating captor and destroy the Sachaels forever. Can she turn her back on the man she might love, or will the secret of her heritage change everything?

Set against a picturesque backdrop, Sachael Dreams is the first in a new series, exploring themes of romance, love, and identity, and the struggle that happens when all three collide.

And there’s a trailer! Go see it!

Everyone wave to the author, Melody!

Growing up, Melody Winter showed a natural ability in art, a head for maths, and a tendency to write far too long English essays. Difficult to place in the world when she graduated, she pursued a career in teaching, but eventually ended up working in Finance. Melody is convinced the methodical time she spends working with numbers fuels her desire to drift into dream worlds and write about the illusory characters in her head.

Melody Winter lives in North Yorkshire, England, with her husband and two sons. When not dealing with football, rugby, and a whole plethora of ‘boy’ activities, she will be found scribbling notes for her stories, or preparing for another trip to the beach. With an obsession for anything mythical, Melody revels in reading and writing about such creatures. In fact, if she wasn’t such a terrible swimmer, she’d say she was a mermaid.

Sachael Dreams is her debut novel, and the first in her New Adult Romantic Fantasy series—the ‘Mine Series’.

I am thrilled to be a part of this fabulous release day! I have a copy of this book in my hot little hands and will definitely be sharing my thoughts after I get to read it. For now, check it out and if it looks good to you, go buy yourself a copy.

The world was going to end. Of that, Maggie Trafford was certain.

Fourteen-year-old Maggie Trafford leads a normal life. Well, as normal as being crammed in a three-bedroom house with four siblings and a single parent can be, anyway. But despite being somewhat ignored at home, Maggie excels, earning top grades, a best friend who would do anything for her, and stolen looks from a boy in Maths.

It’s not until the dreams start that Maggie realizes “normal” is the least of her problems. Every night, she lives the same nightmare—red lightning, shattered glass, destruction. But nightmares are just that, right? No one believes her when she says it’s an omen. At least, not until the already mysterious pillars of Stonehenge start falling.

No longer alone in her fear, Maggie and the world watch with bated breath as one after another, the historic stones tumble, like a clock counting down. But only Maggie knows what it means: when the last stone falls, destruction will reign. And when the world ends, there’s only one option left—survive.

Horrifying and raw, Dare to Dream is equal parts tragedy and hope, detailing the aftermath of apocalyptic catastrophe, the quest for survival, and the importance of belief.

And there is a trailer! But I am too tech-challenged to figure out how to post it on my blog, (I tried SO HARD! *cries*) so I will link you to it… HERE!

And introducing the very excited author… go congratulate her on Twitter and EVERYWHERE!

Carys Jones loves nothing more than to write and create stories which ignite the reader’s imagination. Based in Shropshire, England, Carys lives with her husband, two guinea pigs and her adored canine companion Rollo. When she’s not writing, Carys likes to indulge her inner geek by watching science-fiction films or playing video games. She lists John Green, Jodi Picoult and Virginia Andrews as her favorite authors and draws inspiration for her own work from anything and everything. To Carys, there is no greater feeling then when you lose yourself in a great story and it is that feeling of ultimate escapism which she tries to bring to her books.

I read Destruction, the first book in The December People a while ago. I won a copy! And I really enjoyed it, so I can’t wait to read the second book… Watch Me Burn. I am so happy to help the fabulous Sharon Bayliss spread the word.

And it is available NOW! Eeeeek!

Check out these teasers.

Dark wizards! Magic. What’s not to love. Seriously. I’m going to go get my copy.

My friend, CP, and fabulous woman E.L. Wicker is sending her book out into the world! I want to help spread the word. Luck smiled on me when I was chosen to be a CP for this manuscript.

Vampires (they DON’T sparkle) witches, and magic! Bloody battles to save the world. And a touch of steamy romance.

Congrats to E.L. Wicker! She put in A LOT of work to self-pub her book. I am so proud of her. 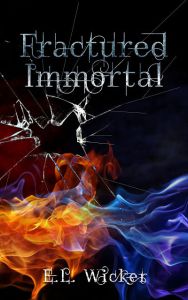 After a terrifying vampire attack in 1810, Ilia Rose spends the next two centuries hunting Sol, the man responsible for turning her and her friends into vampires.When Ilia discovers he’s run to the one place she’s running from, she’s forced to face her most painful memories back in her hometown, Bearwood.

There, Ilia finds herself face to face with Nathaniel, an insanely hot vampire, and despite the evidence he’s working for her enemy, Ilia can’t fight her attraction to him, especially when he seems to show up whenever she needs him most.

But Nathaniel is keeping secrets and as they begin to unravel, instead of running away from him, Ilia finds herself falling for him. When his last secret is revealed Ilia’s past comes together in a way she never imagined and she’s left with only one option: trust Nathaniel to help her kill Sol, or risk relinquishing her new found strength thus causing catastrophic and devastating consequences for her and everyone she loves.

Ilia begins a gut-wrenching battle to save her life and the lives of her friends, a battle which not everyone will survive.

A vampire tale like none other, love, pain, devastation and revenge, all weave together to create the first in a dark and unmissable new adult series.

Due to sexual content, this book is intended for readers age 18+

E.L. Wicker lives in England with her husband and two children. A connoisseur of not having the foggiest about anything and an intrepid dreamer, writing became the obvious choice. After ditching a pursuit of a professional career in psychology, E.L. Wicker chose to immerse herself in her own little world where bullying characters vie for attention, demanding she put them on a page. So she did.

Enter here to win a digital copy of Fractured Immortal. Open to everyone and running from 21st December 2014 to 7th January 2015

AND TONS OF WAITING!

Finally, all the hard work has paid off. We release our stories out into the world! Mwahahahahahaha! These aren’t your momma’s fairy tales. Leave the lights on.

Blurb: When it comes to fairy tales, there are plenty of things that go bump in the night. Things so morbid and grotesque, so sinister and diabolical, they haunt your imagination; warnings from generations past that still manage to terrify.

In 2013, authors came together for the annual Project REUTSway writing competition, penning their own interpretive twists on stories we’re all familiar with. Seventeen were chosen, bringing twenty-five new versions to life. From The Brother’s Grimm, to Hans Christian Andersen and beyond, these tales are not the ones you grew up with. They are, however, Fairly Twisted Tales for a Horribly Ever After. Dare to find out what happens when “once upon a time” ends in the stuff of nightmares?

An exclusive hardcover will be available from REUTS Publications in the coming weeks, but you can devour these stories now for Kindle and Nook! 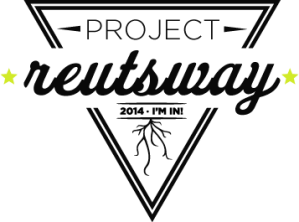 This NaNoWriMo season, REUTS Publication is inviting you join us in creating the next talented collection. So brush up on your histories, legends, and cultural lore, because we’ll be looking for the most original, fantastic versions of tales that have braved the centuries. The globe-trotting of world mythology will make weekly theme stops to visit Egyptian, Celtic, and even more rich lore from other areas of the world. This all starts November 1st, so make sure to grab your pens and ready those typing muscles for the twists that will be revealed on the Project REUTSway on twitter, or on their website.

Two of my twisted fairy tales appear in this book, and I contributed an illustration too! The entire experience was fabulous! Go read all the incredibly twisted stories and marvel over the wondrous drawings. GO!

And am I participating in this year’s ProjectReutsWay?