I know I posted about my new video game obsession, but today is Spooky All Year with Faith McKay and The Midnight Society! Go visit their page here. Click on the links to others’ blogs to see what they have to contribute…heck add your own post to the mix. 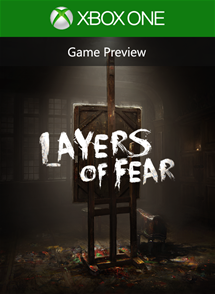 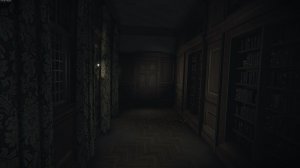 Things that move on their own.

Messages written on the walls.

I exit a room, hear a boom, turn and see the room destroyed. I pass a wheelchair, hear a squeak and turn to find the wheelchair is behind me now covered in paint. A knife suddenly stuck in the wall. Paintings that change, becoming dark and menacing. Dolls… the dolls! They’re everywhere. 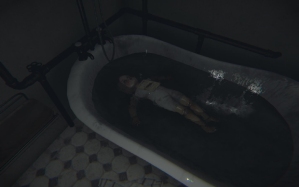 I’m finding notes, articles, and letters, all revealing the past. The life of an artist driven mad to complete his work.

And the end game. To finish the painting. I have found flesh, blood, and bone. The final image on the canvas becomes clearer. 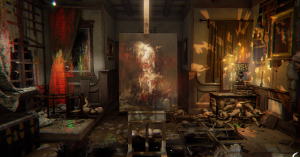 I grew up in the 80’s. The age of video games leaving the arcade and entering our homes. We had an Atari. My sister and I loved playing PacMan, Centipede, Joust, and Super Break Out. A joystick with a single red button. Easy. Simple. Fun.

As I got older, I wandered away from these pixilated wonders and watched as the video game world transformed.

Hubs got a game system… a Play Station. Nothing fancy just a Play Station. And I watched him play. I’m sure it was the highlight of his day, having me jib-jabbering at him.

And the gaming world grew. Games changed. To be honest, I let them go, having no desire to even try to attempt to play these monsters. No longer a simple, controllers had two sticks and numerous buttons…no way.

Eventually, Hubs set aside the Play Station, it was becoming obsolete. He talked of the new systems out there, but never did anything. Maybe our video gaming life had died.

Then we had kids. And the kids thought that maybe playing games would be fun…and Hubs knew a guy selling a Wii and all the games for an incredibly reasonable price.

And we played. And we bought new games for it. And I found Lego games. Harry Potter and Indiana Jones… oh my, how fun! Lego puzzles to solve. Coins to collect.

But Hubs wanted a realistic military game… and the Wii just wasn’t what he wanted. So we bought an Xbox 360. Hubs and our son loved Call of Duty. And we got new Lego games for it, games that I would play. Lego…Lord of the Rings, Hobbit, Avengers, The Lego Movie, Star Wars, and Pirates of the Caribbean, which my son and I nearly finished.

And it was fun. The kids and I would play and laugh hysterically.

For Christmas we got an Xbox One. A new shiny I was honestly scared to touch. Heck, my kids wouldn’t let me be player one…ever, for fear I would press the wrong button.

My attention was drawn to horror games. If you know me, you know I love horror. But I’m not interested too much in shooting things… and when I began to research this new-found area I discovered most of the horror games were survival games, in other words, shooting things. What I wanted was psychological horror games. But I couldn’t find anything that really interested me for the systems we had.

Until a Twitter friend tweeted about a game called Layers of Fear. Wait…what? She even shared her screen with me on Skype so I could see it. And HELLO YES PLEASE THIS IS WHAT I WANT. Thank you, Ashley!

So I found it for the Xbox One. I had one heck of a time (spending a while on the phone with an actual person from Microsoft to fix my errors) getting the thing on the Xbox, but I did it! And on Tuesday, I played Layers of Fear. Alone. With all the curtains shut.

AND IT WAS MARVELOUS!

You begin in a house. Thunder sounding outside. Lightning flashing. Rain pounding against the windows. 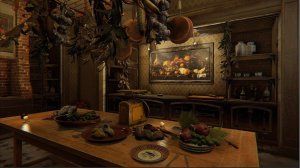 It took me a minute to figure out the controls. Walking. Looking. Picking things up. Opening drawers. And I found clues. Notes. Articles. Pictures. A dog collar.

Little by little I uncover the story of an artist, an artist focused on finishing his masterpiece. And he had a wife…and their lives weren’t going so great. There was a fire… his agent wrote him a terrible note about some inappropriate illustrations he did. And the empty liquor bottles!

Suddenly there were odd sounds. Then doors began to close by themselves. Closing and locking. That rocking chair moved by itself. The paintings changed. I entered a room and when I went back out through the same door, well…it wasn’t the room I had left.

Okay, I didn’t scream, but I might have used a few expletives to show my confusion and/or shock.

Layers of Fear is perfect for me. And fun is all about finding the perfect thing for you. Finding clues. Putting the story of what happened together. Facing creepiness. This is just what I wanted. I sat down thinking I would play for about 30 minutes…well, an hour later…

And I’ve just scratched the surface of this game. I can’t wait to see what happens.

I am a happy girl, living in a dark horror world of video games. Come play with me.