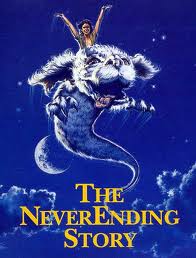 The NeverEnding Story, a German film directed by Wolfgang Petersen and distributed in the USA by Warner Bros in 1984. Based on the book by Micheal Ende. 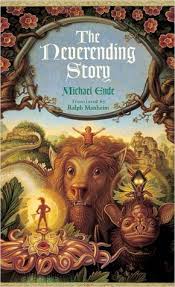 The movie covers about the first half of the book, which is really great, so if you love this movie, read the book.

Once again, I don’t remember where or when I first experienced the magic of this story. All I know is that it changed my world.

We meet Bastian and his dad on a normal morning, before work and school.

Having lost his mother, Bastian is having problems and his father is trying to tell him to grow up. But Bastian doesn’t want to let go of the magic of believing.

His dad gives him a great speech about the blah blah real world… blah blah and sends the kid to school. Where we meet more of Bastian’s problems…

Bullies. Fabulous. Bastian escapes and jumps into a dumpster to hide. When he decides the coast is clear he climbs out and brushes himself off and continues to school. But the boys reappear. Bastian ducks into a book store.

The grumpy bookseller gives him a hard time, expressing that if kids would read instead of playing those video games maybe they would be better off. *cue eyeroll* Bastian proclaims that he loves books.

Bastian eyes the curious book the old man holds in his hands. 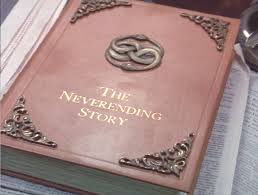 The shop owner chuckles and tells him to forget it.

Books can’t be dangerous, but the boy is intrigued. So when the man turns his back, he takes the book and runs, leaving a note that he’ll return it.

At school, the bell has rung… kids huddle over their desks engrossed in a test. No fun. Bastian sneaks up to the school attic and begins to read The NeverEnding Story. 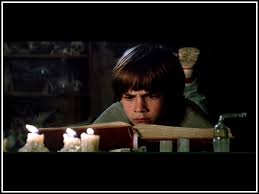 We are transported to the land of Fantasia a place created of dreams and wishes. But it is in trouble, threatened by The Nothing, the lack of dreams that has come to destroy the land.

The ruler, the Childlike Empress is ill. Her advisor calls for Atreyu, the bravest warrior of the Plains People. 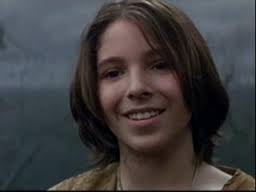 Cute, right? I had such a crush on him as a girl.

He travels to the Ivory Tower to learn why he is summoned. 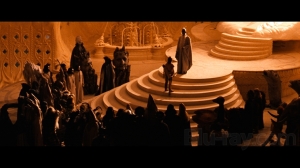 They give him the task of finding a cure for the Empress. He is given the Auryn, the symbol of their land to help him. 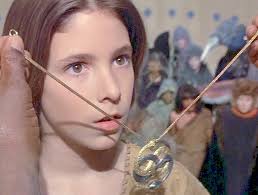 However, The Nothing doesn’t plan on losing, so sends out the Gmork to kill Atreyu.

Atreyu rides off on his horse Artax in search of Morla a wise one, hoping he will know how to cure the Empress. 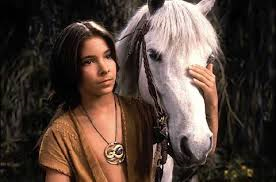 He meets a few strange, but wonderful denizens of Fantasia along the way. The man and his racing snail. 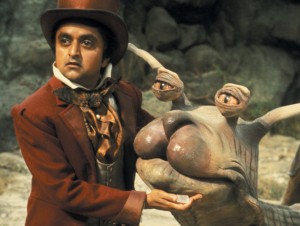 The sleepy bat and his friend.

And a Rock Biter, who you guessed it eats rocks… 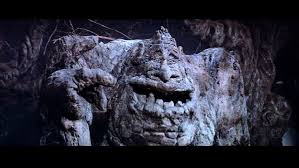 They are all going to the Ivory Tower to spread the word of The Nothing’s devastation. Atreyu wishes them luck, as he sets off with new knowledge of this evil and with a stronger desire to help.

Morla lives in the Swamps of Sadness, where the marsh will claim any who let the sadness overtake their minds. As they struggle through, not sure if they can even find him, Artax gives up. 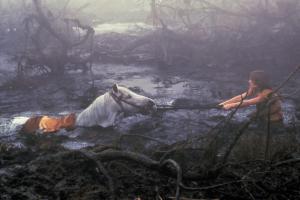 Atreyu can’t save his horse, his best friend. And is left in tears and alone. I cry too! But he continues and finds Morla. 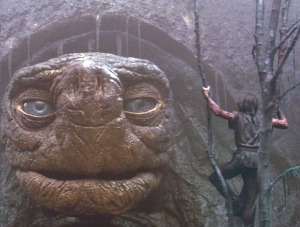 Yup. A giant turtle, who sneezes all over him.

In the end, Morla can’t help, but says that “if it matters” he can go ask the Southern Oracle.

Atreyu has lost his horse and has failed on his quest and loses hope, nearly sinking into the swamp. As he blacks out, a something swoops out of the sky and pulls him free.

Atreyu wakes in a strange place next to a sleeping creature. 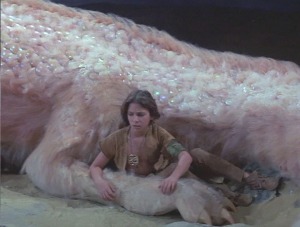 who has carried him almost the entire way to the Southern Oracle. 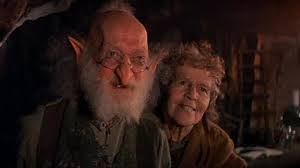 The little man shows him the Oracle, warning the boy of the trials he will face. 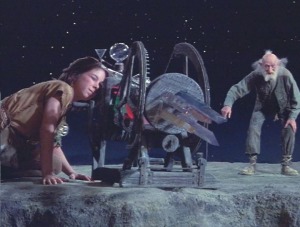 He watches as a brave looking knight in armor rides up to the statues. The statues’ eyes open and blast the knight, killing him. For they see into the hearts of men, any self-doubt makes a person unworthy to pass.

Atreyu, eager to finish his quest, rushes to face the test, leaving the poor little man screaming warnings about the second gate.

Atreyu’s confidence wavers as he passes the guards, watching their eyes to see if they will open. And they do! *holds breath*

Yet he doesn’t let fear freeze him, he gathers his courage and runs, successfully clearing the first trial and going on to face the second. A mirror. 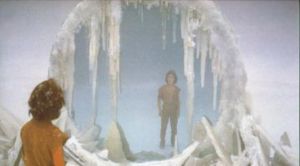 One that shows his true self. In this mirror Atreyu sees Bastian, a boy reading a book. 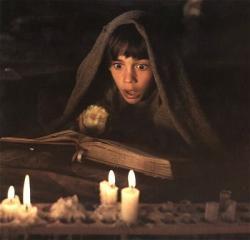 Bastian can’t believe it! He throws the book across the room. How can it be? How can he be IN the book? But even though he is afraid, the story draws him back, his desire to see Fantasia saved grows. And Atreyu passes through the mirror gate to find the great Oracle. 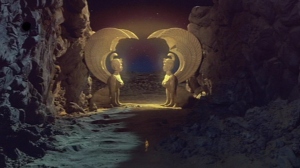 The gigantic statues tell him he can save the Empress by giving her a new name.

“Is that all? I can give her any name she wants!”

The name must come from a human child, which he can find beyond the boundaries of Fantasia.

The Nothing grows stronger and the statues crumble under its power, telling Atreyu that he must hurry.

Atreyu flies through the air on Falkor’s back intent on reaching the boundaries of their world. But The Nothing is everywhere and attacks. Atreyu falls from the luckdragon, landing in the Sea of Possibilites and losing the Auryn.

He crawls onto the beach, devastated, and finds a cave with pictures drawn on the rock walls, images of him, of his journey, coming finally to a picture he doesn’t know… a black wolf creature. 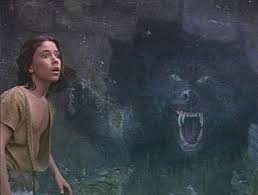 Turning he comes face to face with the creature from the picture. The Gmork. 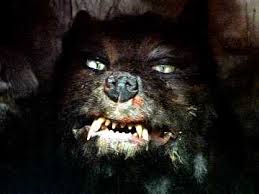 The wolf growls, happy to have a last kill before he is lost. For he failed and The Nothing will finish him.

Atreyu asks what The Nothing is.

It is the loss of dreams. It is the apathy and cynicism eating away at humanity’s imagination. And there was only one person who could have stopped it and the Gmork had been tasked with killing that person… Atreyu.

Atreyu draws his stone knife, a bit of fight left. “Then come for me, Gmork. I am Atreyu!” 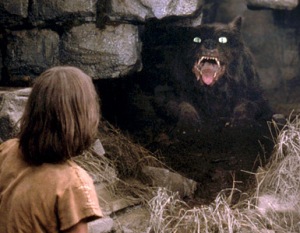 The boy stabs the creature and kills it.

Falkor finds the Auryn and returns it to Atreyu. Together they fly into the sky, only to find Fantasia gone. 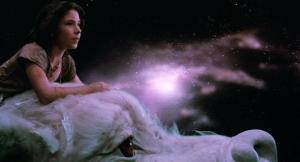 Yet the Auryn guides them to the Ivory Tower, still standing. He meets the Empress, where, through tears, he admits, “I failed.”

“No, you didn’t…” She explains that the human child is there with them that Atreyu brought him, “listening to every word we say.”

“Then why didn’t he show himself?”

“Because he doesn’t know it’s him.”

“Then we will disappear.”

Of course, Bastian is freaking out. It’s just a book. How can this be happening?

The Empress pleads with him.

Bastian struggles. He needs to grow up, but he wants to believe. Finally, he decides and throws open a window. Into the storm raging outside, he screams… 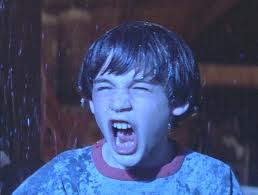 Now, as a kid, I never understood what he said. I figured that meant I could add what ever name I wanted, that we all could. I have learned that he calls “Moon Child”, so that works too. And he finds himself in the dark with the Empress. 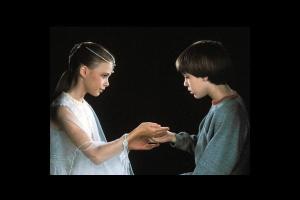 He asks what happened to Fantasia. She tells him it’s gone.

A tiny light shines in her hand and asks what it is. It is all that’s left of Fantasia.

But he can save it. It can be reborn through his wishes and dreams. 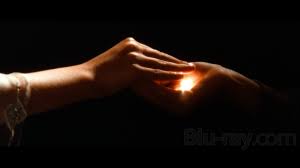 “What are you going to wish for,” she asks.

“Then Fantasia will be no more.”

Bastian gazes at the glowing light. “How many wishes do I get?”

“Then for my first wish…” 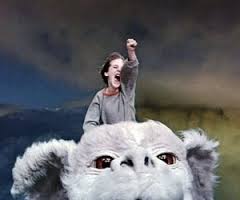 And the sweeping music plays! And I laugh and cry and feel generally awesome.

Of course there are those bullies…

Who end up in the dumpster.

Cue cheering as Bastian flies over Fantasia, everything back to how it was. He waves to Atreyu riding on Artax over the plains.

*happy sigh* And then I sing the end song, which they would play on the radio and I did a spectacular lip sync version for my friends. Not my finest hour, but that song spoke to me.

This is why I write YA, because somewhere in teenage-dom a change happens. The magic fades. If I can write something that keeps the magic alive for just one person, then I will be happy.

So… what do you want to wish for?

I have two movies left. Two more movies that became a part of me. But next week I will be on vacation. No blogging. It’s spring break and we are doing the rounds, visiting all the family. I’ll be busy chatting with my mom, dad, sisters, and nieces. And after we leave there, I will be sadly without wifi at my in-laws. I’m bringing books.

Until I return. Happy wishing!